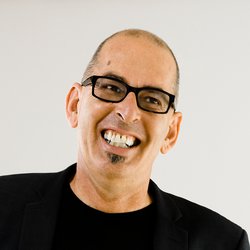 From a garage in Northland to a pioneering global brand

The story of how Malcolm Rands, an organic gardener and hippy from Northland, built the pioneering global brand ecostore.

This inspirational memoir gives an insight into the mind of an entrepreneur, activist and true Kiwi 'superhero'. It's a fascinating story of humble beginnings, taking on the multinationals and their nasty chemicals, bucking the trend and setting a new standard of healthier living.

This week, the final installation of Peter Jackson’s films The Hobbit: The Desolation of Smaug opens in theatres worldwide. It’s no secret that these films have a huge marketing potential for New Zealand tourism, and our ‘100% Pure’ brand has been ... More >>

The thoughtful and inspiring story of ‘ecoman’ Malcolm Rands is out now in his memoir Ecoman: From a Garage in Northland to a Pioneering Global Brand. More >>

Extracts from ecostore founder and CEO's new book Ecoman: From a Garage in Northland to a Pioneering Global Brand. More >>

The first time I learned that not everyone cares about the environment was when Melanie and I moved with our two daughters to the big city from our Eco village. It was an eye opener for us to realise what sheltered lives we'd had, surrounded by like-minded ... More >>

So much to celebrate! Turning 20 and the launch of Malcolm’s new ‘Ecoman’ book. More >>

The untold story of ecoman, the guy behind ecostore

Ahi wrote and illustrated a little book called ‘ecoman the untold story’ for a Fathers day gift a few years back which is still much loved by her Dad, Malcolm Rands aka ecoman and we think you’ll love it too. Take a look at our beautiful ... More >>

Malcolm was on Campbell Live recently being interviewed by Lachlan Forsythe about the early days of ecostore in our ecovillage in New Zealand. Come and take a look around our home, meet some of our neighbours and find out from Malcolm and I about ... More >>