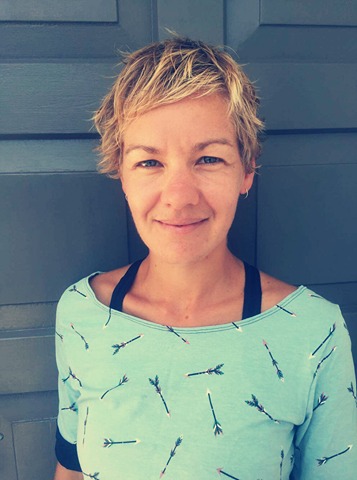 Renee Gerlich is an activist and writer whose main research interests are feminism and the literacy gap. She has published in Education Aotearoa, Education Review, MENZA magazine, Freerange, FishHead, Dominion Post, Salient and Rain and Thunder among other outlets. In 2017, she organised the critical exhibition Too Much Truth: Women's Global Resistance to Sexploitation, and articles from her blog reneejg.net have been translated into Spanish and German. She was researcher for a recent documentary on the first Labour government's education reforms The HeArt of the Matter, and a panelist for the 2016 Peter Fraser Memorial lecture. Renee's interview on prostitution in New Zealand with Women's Liberation Radio News is available for listening via the link below. Backlash only makes her stronger.

Press release: Handmaid joins in World War One Dawn Parade As the grand finale in the World War One centenary series, the 2018 Dawn Parade promised to be quite the spectacle – hundreds of Wellingtonians gathered early this morning at war memorial ... More >>

Proposal to decriminalise sex trafficking must be challenged

The New Zealand Prostitutes' Collective (NZPC) has begun seeking to have Section 19 removed from the Prostitution Reform Act (PRA). Section 19 relates the PRA to the Immigration Act, and essentially prohibits anyone who is not a New Zealand citizen ... More >>

To progress pay gap we must critically discuss prostitution

There is a question I always want to ask those who advocate for full prostitution decriminalisation, while they are also vocal critics of both epidemic sexual harrassment, and the gender pay gap. The question is: How do you propose your goal of sexual equality ... More >>

We need to change our laws on prostitution

Alison Mau has just launched a #MeTooNZ investigation – “a planned, organised outlet for survivors of sexual harrassment to come forward... and help stop repeat predatory behaviour”. There is one industry we know will barely be touched by this ... More >>