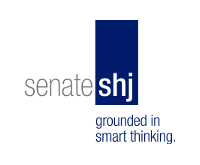 It’s good news for Bill English ahead of the May Budget announcement. As the Government seeks to make savings, RaboDirect’s latest survey shows New Zealanders are doing the same at home – with substantially more Kiwis saving now than 20 months ago. ... More >>

Mark Weldon of the Christchurch Earthquake Appeal says the global telethon event for Christchurch will raise essential funds just when the city needs them. ‘Rise Up Christchurch – Te Kotahitanga’ ( www.riseup.org.nz ) is a 12-hour live global ... More >>

BP Oil New Zealand advises that the majority of its Christchurch service stations have reopened. After yesterday’s magnitude 6.3 earthquake, BP’s stations in the region were shut as a precaution following the loss of power and the need of staff ... More >>

BP Oil New Zealand advises that although many of its Christchurch service stations are still closed, some are reopening after inspection of ground based tanks and pipes and staff returning to work. They were shut as a precaution after the loss of power ... More >>

BP Oil New Zealand advises that all of its Christchurch service stations are currently closed following today’s magnitude 6.3 earthquake, subject to inspection of ground based tanks and pipes. They were shut as a precaution after either loss of power ... More >>

2011 Census to count every person and household in NZ

The 2011 Census will count how many people and households there are in New Zealand on Tuesday 8 March, and will provide an official measure of how many Pacific people live in New Zealand. Everyone must fill it in, including visitors and children. The ... More >>

Politics is becoming a career: survey

A survey of the career backgrounds of Parliamentarians has found that their most frequent pre-MP employment experience is within the world of politics and government.  More >>

Senate Communications says social media was instrumental in creating reputational damage for New Zealand organisations in many of the corporate crises over 2009. More >>