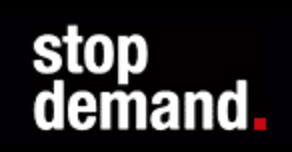 Own Goal for Men’s Health Campaign

Judges and media urged to “step up” naming sexual predators

A Hastings man today pleaded guilty to 61 child sex abuse image and sex charges after it was discovered he had more than 700,000 deleted images and video recordings on his computer. More >>

The collective intent by representatives of governments, non-governmental agencies and civil society, to end sexual violence in conflict zones, is to be applauded. More >>

[Trigger warning: Rape, sexual assault, domestic violence] Auckland Council is under pressure from a sexual violence advocacy group, for a decision by a Council Controlled Organisation (CCO) to allow a group infamous for rape and murder fantasy lyrics to ... More >>

Graphic sex chat by 39 Kiwi men, many with an intention of meeting a 13- or 14- year old Kiwi girl for sex, is the latest incident fuelling widespread concerns about the sexual exploitation of underage girls in this country. More >>

That a group of young men could “celebrate” their sexual exploitation of young women shows how far we have to go before we have a society in which women are respected, say leaders of Man Up!, a programme encouraging men to speak out against sexual violence ... More >>

Wellington mayoral hopeful, Councillor John Morrison, yesterday apologised for his quip at the opening of the Wellington Harbour City Rotary Club’s art awards function two weeks ago that has since seen allegations of sexism levelled at him. More >>

The child advocacy group, Stop Demand Foundation, has slammed today’s sentence of a father convicted of a range of sexual charges against his then 13-month old son. More >>

On the eve of CEO Rob Fyfe’s departure, Air New Zealand has been urged to undertake a clean out in regard to its pattern of puerile, sexist depictions of women. In an open letter to Air New Zealand last week, Stop Demand, which works to curb the sexual ... More >>

The green light given for the proposed expansion of the red-light district in the Auckland CBD, is disappointing but unsurprising, says Stop Demand Foundation. More >>

The pending arrest of a New Zealander in the Philippines, on child rape allegations, comes as no surprise to child advocacy group Stop Demand Foundation. More >>

Anti-sexual violence group Stop Demand, who lobbied hard over the past week for a ban on Mike Tyson’s visit, is delighted by the news that his second visa application has been denied. More >>

Stop Demand, which works to stop sexual violence, is urging Maori leaders Willie Jackson and John Tamihere to withdraw support for a man it calls “an odious misogynist”. More >>

The “prominent” Manawatu man who was convicted in 2010 for downloading 290,000 objectionable images, mainly of young girls, has moved to Auckland and is back working in his profession where he has direct access to children including young girls. More >>

Today’s conviction of a well-known comedian for sexual assault on his young daughter was welcomed by Stop Demand, a group tackling sexual violence. The man was sentenced to eight months home detention. More >>

A global sting across 20 countries has netted some 55 key suspects in the worldwide distribution of child sex abuse images, thanks to New Zealand’s Department of Internal Affairs’ Censorship Compliance Unit. More >>

The Auckland High Court has ruled that a well-known comedian, last year discharged without conviction despite admitting sexually assaulting his young daughter, is to be resentenced. More >>