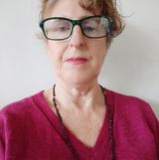 I have enduring and relevant experience, knowledge and qualifications in journalism and new media. I am also a new media practitioner who loves to dig deep into stories. Giving 'shovel ready' new meaning. Main areas of focus the environment, land and property development, political reporting, economic, infrastructure issues - one of the biggest issues of the day - and an issue I was publishing content about long before other media. Also enjoy, and am good at, commentary and analysis. I have the capacity to see issues of the day in a new and different light. I also have the skills, qualifications and intellectual rigour to research and turn out content on almost anything. Long form journalism is what I am best at, but I love visuals too and use social media platforms strategically. I believe journalism has a responsibility to provide informative and intelligent content on social media platforms. The answer is not abandoning them. Most recently I have been working as a freelance journalist for the past four years. Previously I established a new media company called virtuality Ltd delivering online audio and video content. Too soon though. But it is still an enduring aim and now all the necessary conditions exist to make it possible. Which is why I am also in the process of establishing a new media model to deliver content to a local community. Presently building up equity in the new media model including valuable and informative content, and visuals.

Horizons regional council wants ratepayers to pay for an integrated management plan to reduce pollution to Lake Horowhenua even though the project was one of several that received $1.27 million funding in 2014 - including $540,000 from the Environment ... More >>

There has been a tsunami-like increase in the stormwater network discharging into Lake Horowhenua with an extra 39 kilometres added since 2008 - a fact the public have been kept in the dark about. More >>

There has been a tsunami-like increase in the stormwater network discharging into Lake Horowhenua with an extra 39 kilometres added since 2008 - a fact the public have been kept in the dark about. More >>

The Maori Land Court has appointed Clinton Hemana of Rotorua sole trustee of the Lake Horowhenua Trust and the former trustees as "advisory trustees" until another election is held. More >>

Lake Horowhenua Trust now has no trustees after an historic decision by the Maori Appellate Court quashed their appointment. More >>

Lake Horowhenua Trust has been directed by the Maori Land Court to disclose further documentation to determine whether the Trust has breached its Trust Order – a claim the Trust denies. More >>

Demolition and construction waste in Horowhenua

by Veronica Harrod Despite the amount of demolition and construction waste generated by land and property development Horowhenua District Council does not monitor how much waste is generated, how waste is disposed of or where it ends up. More >>

Debt levels spiralling in the Horowhenua

This is an increase of $22 million since last year when council debt stood at $77 million. More >>

More and more spent by Horowhenua on economic development

Lake Horowhenua Trust has been given seven days to provide answers to the Maori Land Court about the purpose and legality of extensive earth works being carried out at Lake Horowhenua. More >>

The establishment of affordable housing zones

A decision on whether to transfer up to 40 percent of public assets owned by Horowhenua District Council to the recently named Horowhenua New Zealand Trust will be made at a council meeting on June 6, according to a well-placed local government source. More >>

The Office of the Auditor General is considering matters raised by members of the public relating to the sale by Horowhenua District Council of its pensioner housing portfolio and "related potential conflicts of interest." More >>