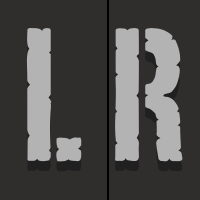 A bit of focus. A bit of go-forward.

Leaders Review comes together as a collaboration of like-minded leaders and their companies (initially invited to step forward from their industry backgrounds by series Producer, Peter Anich). Contributors work under together accepted editorial 'house rules'​ with a view to creating pragmatic and timeless content for the use and business focus of current (and future) business community viewers; business and government websites and general media.

“Prosperity isn’t just about the income statement for me anymore,” claims Mark Roberts, Group GM of Alsco NZ. Appearing recently as part of a series of Leaders Review online and TV commentaries, Roberts used the opportunity to push a more ‘hard ... More >>

While pro-sustainability pundits have typically - and one might argue, ernestly – pointed to intangible, off-balance sheet rewards that come through adopting sustainability practises, one local business leader asserts there are now harder demarcation lines ... More >>

In his return to leadership media series, Leaders Review , Mark Roberts, Group General Manager of Alsco NZ, used the opportunity to call on the sustainability movement within business to look wider as to how it perceived its own added value. More >>

“I think engineers have a tendency to design cool features but they never really get to the point where they sell the benefits.” More >>

Why say you are always looking to ‘hire the best’ if you have no intention of then using that talent once they are hired? More >>

Place NZ prior to any offer toward IT talent

Global fin-tech entrepreneur, AJ Smith, claimed a major tack still missing in attracting high impact IT talent to our shores was the firm placement of New Zealand’s lifestyle before any formal offer – not simply a bonus to the career opportunity. More >>

Before pushing or trying to sell staff on the value of a long-term strategy, why not ask the team first how any grand manoeuvres would impact on their culture? More >>

Exporter: Commitment Must Trump Only What You Wanted to Hear

This week, CEO of aeroplane exporter, Pacific Aerospace, Damian Camp, warned that it was tempting for potential exporters to ‘bet the farm’ based on first up market signals and assumptions, rather than play the committed long game. More >>

KPMG CEO advocates organizations look more to their Why

Opening the second series of this year’s Leaders Review televised and online leadership vignettes, Paul Herrod, KPMG’s CEO, advocated that organizations look to their wider purpose or the ‘ why’ of what they did to engender trust with clients as ... More >>

Paul Herrod, head of KPMG New Zealand, has been revealed as the third leader to take part in this year’s Leaders Review Key Moments . The ongoing leadership series of daily TVCs aired on TVOne’s early Breakfast, aims to encourage ‘a bit of focus, ... More >>

Leaders Review, a collective leadership initiative to encourage the entrepreneurial and executive communities, kicked off its fourth year of TV and online publishing with the producer promising to highlight intrapreneurism or entrepreneurial practice ... More >>

A veritable collective of the ‘David’s’ of the Telco industry have come together to record an online episode about their work amongst their respective giant industry competitors. More >>

Appearing in the first-ever program release of LeadersReview.co.nz, marine leaders featured claimed that no matter how hard it was to break in, domestic-only players would find that developing an export side earlier was often a ‘saving grace’ ... More >>

This week sees the launch of an ongoing initiative of well-known business leaders within their fields, presenting an online series and resource with TV-ad support, all to promote a little more progressive thinking and focus for Kiwi business. More >>