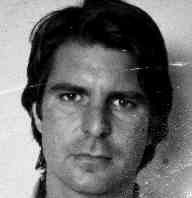 Michael Collins is a DC area based writer and researcher. His work focuses on the abuse of power through the influence of big money. His series, The Money Party, illustrates this ubiquitous theme. Collins has a strong track record publicizing and exposing high impact forms of election fraud. His "Scoop" special, Election 2004: The Urban Legend and the three part series on Republican primary election fraud were very special scoops.

Senator Graham is an Idiot

CNN interviewed Senator Lindsey Graham (R ) of South Carolina on the propriety of continuing to fly the Confederate flag in front of the state capitol. Many have called on the state to take down the flag as a show of respect for the nine victims of alleged ... More >>

On one level, Ukraine shouldn’t matter at all. The Obama administration and Congress have absolutely no business at all interfering in the internal politics and government of Ukraine. They have no business providing aid to civil society groups to promote ... More >>

The Interview: A Review and Comment on the General Hysteria

The Interview looked like it would become the best-known movie that was never seen. The core narrative involves two buffoonish United States media personalities heading to North Korea to interview supreme leader Kim Jong-il. Before they leave, the CIA ... More >>

US Elections: NOBODY Wins Big

In the perpetual democracy pageant that takes place in Washington, DC, the representatives, including the president, are all minority representatives. The people have spoken. Their preference is clear. By an overwhelming majority, the favorite candidate of ... More >>

Jet Fighter Shoot Down of MH 17 Still on Table

A senior prosecutor investigating the MH17 shoot down for the Dutch Prosecutors office, Fred Westerbeke, offered up as many questions as he did answers in an interview with SpiegelOnline yesterday. More >>

The PM reinforced the medical opinion when he broke from reality in his remarks on the major mine disaster at Soma Mining in Manisa, Turkey. Erdogan casually dismissed the tragedy of the 282 dead miners. More >>

Russia's response to United States and European Union efforts in the Ukraine represents a more restrained, lower stakes version of the response by the U.S. to the installation of nuclear missiles in Cuba by the Union of the Soviet Socialist Republics (USSR) ... More >>

Triumph of the Ill - Ukraine Coup Leaders Turn on People

Ukrainian security forces are entering the city of Slavyansk in the eastern Ukraine according to reports from both RT and the Associated Press . More >>

Seymour Hersh Does It Again! Killing in the name of …

Who were the culprits for the chemical weapons attack in Syria? What was really going on in Benghazi when Libyan terrorists killed Ambassador Stevens and others? Why is the United States covering up and collaborating with a moral leper, Turkish Prime ... More >>

The Prime Minister of Turkey, Recep Tayyip Erdogan (left), is a desperate man. He faces a test of his government in the March 30 local elections in Turkey. If his party candidates (AK Party) fail to maintain their current standings, the PM will ... More >>

The Children's Crusade - Obama and Merkel Go After Russia

Much like a team of annoying, spoiled children, President Barack Obama and Chancellor Angela Merkel are having a tantrum as Crimea joins the Russian Federation. Obama and Merkel seem more intent on provoking and humiliating Russia and President Putin ... More >>

Tent preacher Joel Theriot's full sermon from episode three of True Detective provides a preview and explanation of detective Rust Cohle's conversion from a laconic nihilist extraordinaire who can barely live with himself to an enlightened soul with some ... More >>

Audio tape recordings of Turkish Prime Minister Recep Erdogan talking with his son Bilal offer explicit revelations of deception and corruption on the same day that Istanbul prosecutors raided the homes of the PM's ministers, cronies, and their adult ... More >>

Aleppo, Yabrud, and the end of the war on Syria

The Syrian Arab Army may be on the verge of another set of victories that go far beyond those gained in the summer of 2013 when the Syrian army and Hezbollah took the rebel held city of Qusayr. More >>

Major changes in history don’t respect arbitrary transitions like the New Year. However, the end of 2013 provides an opportunity to say something positive about the citizens of the United States and their achievements over the past year. I’m ... More >>

Erdogan Cornered In Turkey – Did The USA Say Time To Go?

Turkish Prime Minister Recep Erdogan faces major challenges from the opposition and within his own party, the ruling AKP (Justice and Development Party). Through his rash actions and compulsive need for control, the PM has paved the road to his political ... More >>

Saudi America and the State of Denial

Well, I guess that means every thing will be just fine. We’ll have plenty of cheap fuel to drive gas-guzzlers and lots of walking around money from out new status as oil suppliers to the world. We might even have enough money to fund health care, ... More >>

According to a leaked draft of the upcoming Intergovernmental Panel on Climate Change (IPPC), the world as we know it is over. The report presents substantial and well documented predictions of global suffering and massive social disruption resulting ... More >>