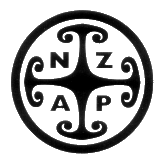 As an organisation we have made a commitment to honour the Treaty of Waitangi and we have a partnership relationship with Waka Oranga, which provides support and a membership pathway for Maori psychotherapy practitioners.

From time to time we provide responses and reflections on public issues and events that concern psychotherapists and their clients such as mental health and social service policies and practices.

Yesterday it was reported that 700 young people have been placed in police cells for more than 24 hours since 2010. More >>

The New Zealand Association of Psychotherapists supports calls for a nationwide enquiry into the Mental Health system, after more New Zealanders than ever before lost their lives to suicide last year. More >>

In the last 24 hours we have seen reports of both the Canterbury District Health Board being forced to reduce spending on public mental health services, despite already falling behind national average spending levels, and it being revealed that the Canterbury ... More >>

Review of Child Youth and Family

This week the Government announced a review of laws relating to family violence by Minister of Justice, Amy Adams. More >>

Social Bonds not about Recovery

Yesterday the Government announced the extension of a pilot scheme described as “Social Incentive Bonds” which allows for the introduction of private funds, and profit driven incentives, in the area of social services. It stated it would be moving into ... More >>

The Canterbury Branch of the New Zealand Association of Psychotherapists is deeply concerned by this week's announcement that Relationships Aotearoa is being closed down. More >>

Today Relationships Aotearoa rejected accusations from the Social Development Minister Anne Tolley that its current deficit is due to being badly run. More >>

In seeking to challenge and clarify the legal interpretation of section 59, the conservative political lobby group, Family First, are once more attempting to deny the very real psychological impact of physical discipline on our children. More >>

Yesterday’s District Court ruling, that the standard ACC release of information form the “ACC 167” is illegal, has been welcomed by psychotherapists and clinicians working with sexual abuse survivors. More >>

Once more New Zealanders access to counselling has been limited by funding cuts, this time in the area of free help for problem gamblers. Yesterday's announcement that the Problem Gambling Foundation, or “PGF” would not have it’s contract ... More >>

Colin Craig’s opinion on smacking out of step with evidence

Mr. Craig’s statement today in the press that that he continues to use physical discipline against his own daughter, is disappointing, and out of step with the research on the effectiveness of physical discipline as a parenting technique says Kyle MacDonald ... More >>

At the National Conference of the New Zealand Association of Psychotherapists, held over the weekend of the 20th and 21st of April, grave concern was expressed about the ongoing psychological struggles of the people of Christchurch. “The National ... More >>

Last night’s shocking expose on TV3’s 60 minutes showed how even “insiders” from ACC admit that a deliberate process of using medical assessors favourable to ACC has lead to a clear and dramatic increase in the “exit” of long term claimants ... More >>

The 18 month follow up monitoring report of the ACC Sensitive Claims Clinical Pathway shows clearly that only three of the 14 recommendations have been fully met. “I consider this a fail mark” says Kyle MacDonald. “This report demonstrates how ... More >>

ACC has once more shown its lack of understanding of the needs of survivors of sexual abuse. Whilst it is clear that the privacy breach this week of 6000 individuals' private health information is of concern to all New Zealanders, of particular concern ... More >>

In October last year in response to an online peition signed by nearly 4000 New Zealanders, the Hon. Dr. Nick Smith promised the New Clinical Pathway for the Treatment of Sensitive Claims would be subject to an Independent clinical review. That day has now arrived. More >>

Presentation of Petition to Parliament

Over the course of the last six weeks nearly four thousand concerned professionals, clients and members of the general public have signed the online petition : Urgent Action: Delay implementation of any changes to the Sensitive Claims Scheme hosted ... More >>