Rebuilding the social contract between people and government

A Strong Public Sector: Firstly we will be working to support a stronger public sector. A well resourced, fully capable and future focussed public service can provide public value in the form of good quality services, infrastructure and a fair framework of protective regulation for people and the environment.

Genuine Democracy and Engagement: a fuller experience of democracy means we all have a bigger say in influencing the NZ we want to live in. Real democracy involves more than a couple of opportunities to vote every three years. Genuine democracy gives place for dissent. Common Wealth: Community wealth is about more than money in the bank. Its about community assets and community capabilities. 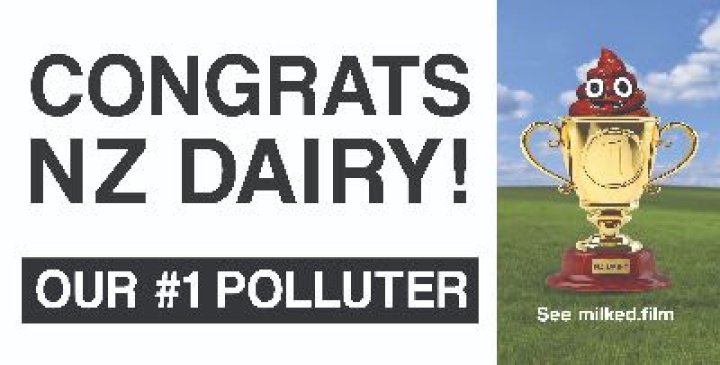 The makers of local feature documentary MILKED have this week unveiled billboards in Auckland and Wellington ... More >>

Will A Milestone UK Case On Gender Medicine For Young People And Children Have Impacts In NZ?

In the UK High Court a legal case against the Tavistock Clinic’s Gender Identity Development Service (GIDS) has been won by Keira Bell. Bell is a 23 year old woman who was treated with puberty blockers and testosterone followed by a mastectomy, ... More >>

Human Flourishing: What does it need? St Andrews Trust for the Study of Religion and Society is holding a conference over the Friday evening and Saturday of 5 & 6 May to explore what needs to happen to support human flourishing in New Zealand. ... More >>

The publication of news stories from the “Panama Papers”, co-ordinated through the International Consortium of Investigative Journalists (ICIJ), are likely to continue over the days and weeks to come. It is reported that a full list of the names and ... More >>

When will our government catch on to the Internet of Things?

What exactly is the purpose of government? Should it include mitigating risks that apply at a whole of population level? High levels of suicide, perhaps, workplace deaths and injuries, minimising the risk of catastrophic climate change, mitigating ... More >>

TPPA progress harder from now on

With the failure of the Hawaii TPPA round to make a deal, the next round of TPPA negotiations is going to be more difficult , as well as more risky for the government. Internationally the Canadian government has been dissolved pending an election in ... More >>

On Tuesday David Parker wrote in the NZ Herald that the government's signing of the South Korea Free Trade Agreement creates risks for NZ. Yesterday the Labour Party has withheld support until certain guarantees are made. However the specific risk ... More >>

World leading research moves off shore because of TICSA

This month six of NZ's universities are submitting their final bids for a share in the 2014 budget's $28M of new funds for new ICT graduate schools. According to Tertiary Education Minister Steven Joyce this initiative will More >>

Barrister Frances Joychild has recently published an article on the Auckland District Law Society website and in other legal publications about the poor level of access to, and the declining state of the New Zealand’s civil law arrangements. It follows More >>

Public Sector & TISA: On the cusp of something very special?

Is the National Party keeping some things out of sight in case they frighten the electorate? Here is some worrying evidence that this may be the case. More >>

The State Services Commission sent NZ’s Open Government Action Plan to the international Open Government Partnership (OGP) Secretariat on 31 July. The countries involved in the OGP since its inception - from the UK and US to Indonesia and Brazil - have ... More >>

A healthy democracy should be about more than the government being able to enrol voters effectively and run the mechanics of an election. With the historically low levels of voter enrolment this year, including a 5% fall in 18-25 year-olds signing ... More >>

Is the quality of our democracy an election issue?

A well-attended conference in Wellington at the weekend heard and discussed a number of presentations which raised questions about the current quality of our democracy. The conference was hosted by the St Andrews Trust for the Study of Religion and Society ... More >>

Conference on Democracy, Ethics and the Public Good

Conference on Democracy, Ethics and the Public Good A conference is to be held in Wellington on 1 and 2 August with the aim of starting a NZ-wide discussion about the quality of our democracy. The conference is hosted jointly by the St Andrews ... More >>

Opening the debate on the quality of our democracy

People in Wellington and beyond can help to kick-start a much-needed critical examination of our democracy on August 1 and 2. Public Good and the St Andrews Trust for the Study of Religion and Society (SATRS) are hosting Democracy, Ethics and the Public ... More >>

Corporate style boards in public institutions past due date

Jan Rivers, Convenor of public good (publicgood.org.nz), today asked for documents under the Official Information Act so that public good could make public the evidence that the Minister for Tertiary Education, Steven Joyce, used to help him decide that ... More >>

Does sale of Meridian Energy comply with fiscal principles

Now that the number of investors in Meridian Energy has been revealed at a disappointing 62,000 and the share price at launch has been set at the lowest end of the proposed value it is worth considering whether the government has been following its own rules ... More >>