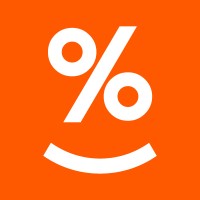 We're here to make Kiwis richer and smarter with money.

Simplicity is a non profit fund manager and Kiwisaver provider, owned by Simplicity Charitable Trust. Everything we do is for the explicit benefit of our members. We believe that money = choices = dignity.

The latest KiwiSaver returns for the 12 months to Nov 30th show Simplicity, NZ’s lowest cost manager, has ranked #1 in returns for Balanced and Conservative fund returns, and ranked 4th for Growth funds. More >>

Simplicity makes largest donation yet to save Kiwi lives

Simplicity has become the first member of Lifeline’s ‘72 club’ launched yesterday, and is donating $72,000 to the charity. More >>

24 questions to be answered in Royal Inquiry

Simplicity, NZ’s fastest growing KiwiSaver scheme, released today a list of questions that it believes should form the basis of a Royal Inquiry into the banking, insurance and finance sector. More >>

Fund managers pull in $40 million in fees since January 1st

While New Zealanders were on holidays in January, KiwiSaver fund managers charged more than $40 million in fees and will likely charge more than $525 million by end of the year. More >>

Kiwis care most about children at risk, the homeless and...

A members’ survey carried out by nonprofit Simplicity KiwiSaver has confirmed that New Zealanders want charity focussed mostly on at risk children, the environment and the homeless. More >>

In a first for KiwiSaver, Simplicity is launching a new fund that guarantees its members a minimum after tax income of at least 5.00% per annum, for the rest of their lives. More >>

Top economist and Google exec to join Simplicity board

Economist Shamubeel Eaqub and senior Google executive Reuben Halper have agreed to join the board of directors of KiwiSaver Simplicity, reflecting its rapid growth and online, disruptive business model. More >>

Simplicity unveiled plans today to branch into the investment funds sector, offering funds that operate outside of the KiwiSaver plan, but with fees at a fraction of the industry price. More >>

Simplicity KiwiSaver gets a podium finish first up

Simplicity Kiwisaver CEO Sam Stubbs has just announced that the new not-for-profit Kiwisaver scheme will fill the information gap left by banks who don’t want to disclose their actual fees in dollars and cents to KiwiSaver clients. More >>

New nonprofit KiwiSaver scheme Simplicity today called on the Kiwisaver industry to address widespread deficiencies in their disclosure regimes and start being honest with their customers. More >>

Major KiwiSaver disruptor Simplicity announced today that it would open early to thousands on its waiting list. More >>

Why I agreed to become a trustee for Simplicity KiwiSaver

(Peter Neilson will be a Trustee of the Simplicity Charitable Trust. He is a former finance minister and former CEO of the Financial Services Council. The views expressed are his own and do not constitute financial advice} More >>