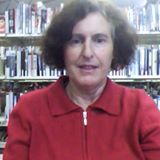 I am a freelance journalist with over 20 years experience. I love doing stories that hold the powerful and privileged to account. I have a post graduate diploma of Journalism from Murdoch University in Perth, Australia. I was doing the course the same year Perth's Labor premier Carmen Lawrence established a royal commission into Commercial Activities of Government and Other Matters in 1990. I remember when we all attended the hearing as students one day. In fact my first essay was on establishing a reason why the unhealthy and corrupt practices managed to go on for so long and I determined it was because the local council used their equivalent of our Local Government Act to hold secret meetings outside of the public eye under the "commercial confidentiality" clause which turned out to be entirely true. Whether this is what shaped my interest in the big issues or whether it's just the way I am made I would have to say mainly the latter. I am very interested in how political and economic trends, policies, legislation and times we live in impacts on the ordinary person in the street.

The land and property development agenda of Horowhenua District Council and council's in-house economic development board would implode if the New Zealand Transport Agency decides not to proceed with the expressway past Levin, demonstrating just how high ... More >>

The changing face of Horowhenua

A tsunami of demolition, construction and land and property development will be unleashed across the district if Horowhenua District Council adopts the draft Horowhenua Growth Strategy 2040. More >>

Horowhenua District Council lost $1.86 million on the sale of the pensioner housing and 1.1 hectare of bare land to land and property dealer Willis Bond according to a recently released Audit NZ report. More >>

Superannuitants will be hit hardest by rates rises

Horowhenua District Council has adopted a media policy that refuses to recognise media questions unless they are from, "a news media organisation registered by the New Zealand Companies Office." More >>

Horowhenua: an environment where the tail wags the dog

'When the forest falls silent'

On November 29 there was a public notice in local community paper Horowhenua Chronicle which stated, "the [Horowhenua district] council has decided not to establish a Maori Ward within the Horowhenua District." More >>